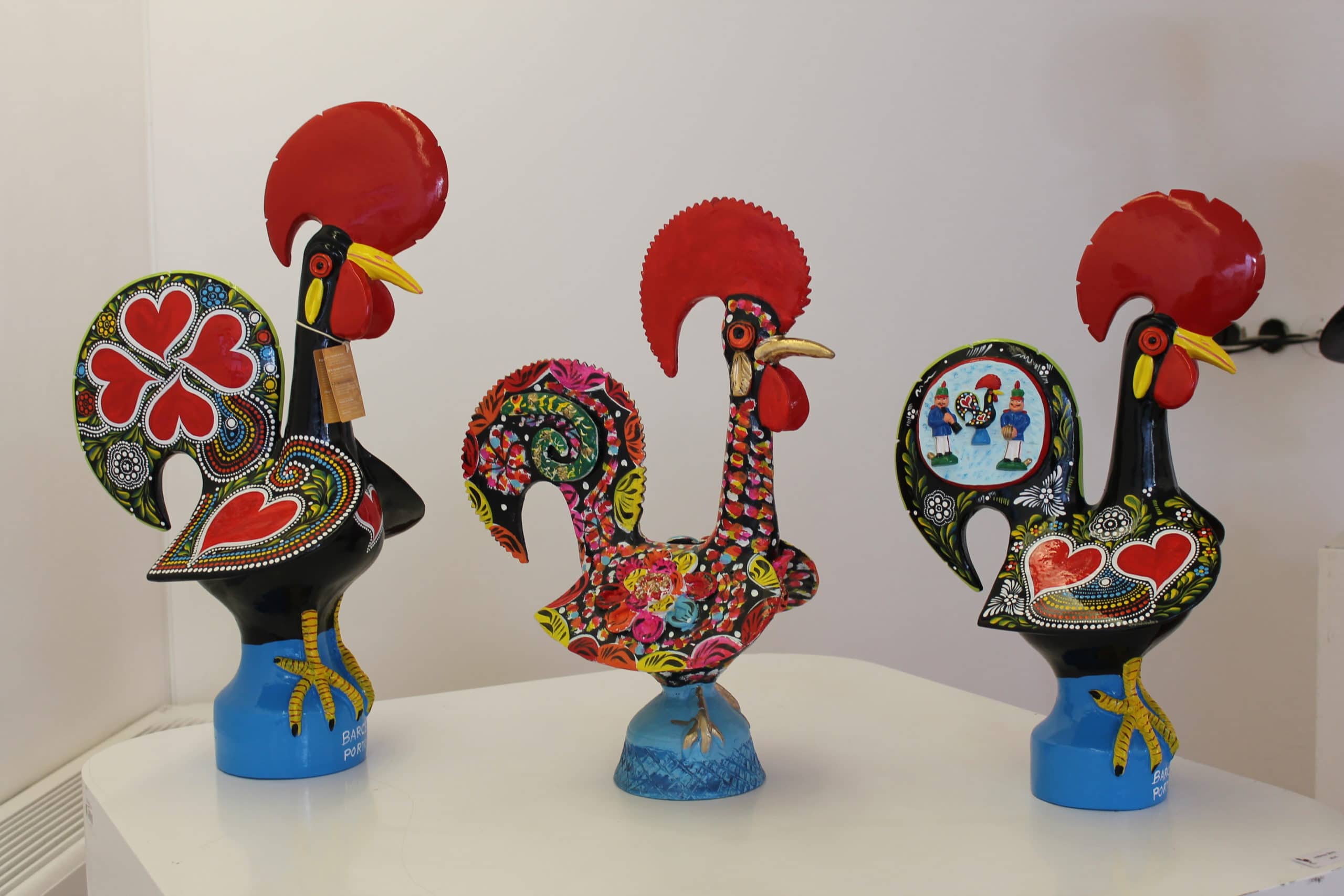 The legend of Galo de Barcelos and the pilgrim is a story that every pilgrim should know.

The Galo de Barcelos (Rooster of Barcelos)  is a symbol of Portugal, it represented the country’s tourist destination painted in many colors and today it is a memory that we all cherish in our homes. It is typical to find it in miniature and made of clay, an authentic handmade jewel painted by hand!

The origin of this symbol is closely linked to the Portuguese Way.

Legend has it that the inhabitants of Barcelos were very alarmed because someone committed a crime and the culprit was not discovered. One day a Galician appeared and became a suspect. The authorities detained him, but he defended his innocence. He was a pilgrim who was going to Santiago de Compostela to fulfill a promise and it had nothing to do with what happened.

The Galician was sentenced to hang, but first asked to be taken before the judge. The judge was at a banquet with friends when he defended his innocence and since no one believed him, he pointed to a roasted rooster on the table and said: “It is true that I am innocent, and, as proof, that rooster will crow when they hang me. ”

What seemed impossible happened! When the pilgrim was being hanged, the roast rooster got up from the table and crowed. The judge ran to the gallows and, seeing that the knot in the rope prevented the strangulation, immediately ordered him to be released, letting him go in peace.

When you get to Barcelos you should visit the monument in honor of San Tiago and the Virgin, which the pilgrim asked to do. Another recommended visit is the Archaeological Museum where there is a medieval cross associated with the legend of the Galo de Barcelos.